Whilst most of the UK’s media are focusing on irate commuters, who once again find themselves forking out increased amounts from their own pockets for what is perceived to be a reduction in service quality, we look into the reasons for the price rise and what factors may justify it.

Why should the price of travel rise? 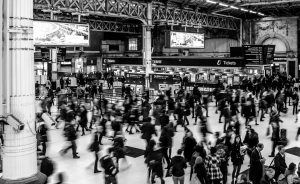 Chris Grayling, the Secretary of State for Transport, stated the two main reasons for the price rise to be the unions demanding higher pay rises with the threats of national rail strikes and record levels of investment into the rail network.

Despite calls by Chris Grayling for the unions to tie wage increases to the Consumer Price Index (CPI) rather than the Retail Price Index (RPI), the higher measure of the RPI is still used throughout the industry. The RPI for 2018 has averaged approximately 3.4% and therefore the average wage rise across the industry doesn’t proportionally appear to have been fully passed onto travellers.

Chris Grayling’s second argument revolved around record investment levels in the railways. On top of rail users now pouring more than £10bn into the railways, the Government support in 2017-18 was £6.4bn. Even excluding the £2.1bn that was invested specifically into HS2, this was an increase of 24.1% from the previous year.

This investment was supplemented by total investment of £1.3bn from private companies (an increase of 36% compared to the previous year, which at the end of 2016-17 stood at the highest amount since records began). Investment in each of the three key areas of rolling stock, stations and track and signalling were at their highest levels in the last 10 years, with the main area of investment being rolling stock i.e. trains, which just crept over £1bn.

It is apparent that the expenditure by the rail network is on the up and therefore an increase in rail fares roughly in line with the RPI doesn’t seem unreasonable on initial inspection. 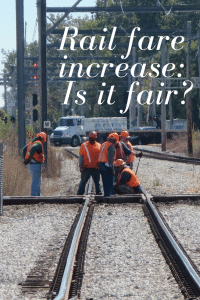 Is everyone losing out?

In a word, no. With the national press focusing on the 3.1% price rise and the protests that followed, the implications that the changes have had on younger travellers have been somewhat overlooked.

A new railcard for 16 and 17-year-olds is set to be released in September allowing them to receive a 50% discount on train fares.

Additionally, the current 16-25 railcard is being extended with the implementation of a 26-30 railcard from 2 January 2019. The card costs £30 per year and offers 1/3 off the fare (excluding season tickets and fares under £12 if travelling before 10am on weekdays).

Although this doesn’t particularly benefit those who purchase season tickets to commute into work every morning, it will provide some relief on journeys made for leisure e.g. weekend trips between major cities to see friends and family.

So why the backlash?

The principle reason for the dissatisfaction from rail users is that they are paying a higher amount for a service which they perceive to be getting worse and worse.

According to analysis by the Press Association news agency, one in seven trains were delayed by at least 5 minutes in 2018. The worst performance since 2005. The main reasons given for this were extreme weather, industrial action and problems in the launch of new timetables.

Mick Cash, general secretary of the National Union of Rail, Maritime and Transport Workers, argues “our passengers have been left paying the highest fares in Europe to travel on rammed out and unreliable services, and that is a national disgrace.” The consensus is that this is the root of customer dissatisfaction. Price rises tend to be fairly well tolerated if there is an underlying feeling that the service that’s being offered is improving however, questions are being asked of when the £10bn, that passengers put into the rail network every year, will be translated into a more consistent, reliable service that is perceived to offer a better value for money.

Nevertheless, there will always be the argument that things have to get worse before they get better. Investment into the rail network, by nature, means that technicians will be working on the tracks which creates delays in the short-term to improve the long-term infrastructure of the system.

Are the price increases justified?

Only time will tell. The investment made in recent years has been with a view of introducing 7,000 new carriages which will support 6,400 extra services a week by the early 2020s. It can be expected that extra services across the network will reduce congestion on current trains but the main performance measure on whether this is acknowledged to be sufficient is passengers’ perceptions after the service improvements have been fully rolled out.

There are cries for the rail industry to be privatised once again but this may be at the detriment of the conclusion of outstanding projects that are going on across the network.

Tweets by BB_Price_Ltd
We use cookies to ensure that we give you the best experience on our website. If you continue to use this site we will assume that you are happy with it.OkPrivacy Statement